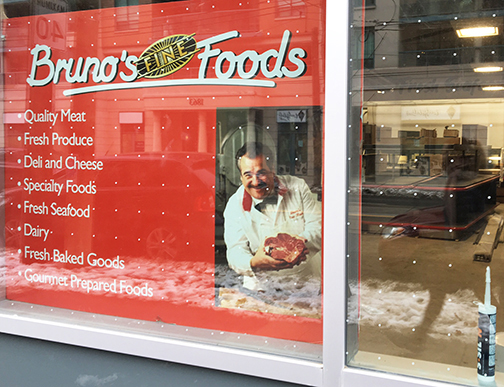 The Bruno's Fine Foods store on Queen Street East in the Beach is hoping for an opening early in the new year. Photo by Alan Shackleton.

The Bruno’s Fine Foods store on Queen Street East, west of Woodbine Avenue, is aiming for an opening sometime early in 2020.

“We are still currently working on the location,” said Bruno’s Fine Foods in a statement sent to Beach Metro News in late November. “As of now we have no specific open date. We are hoping it will be some time in the early new year.”

Residents in the area had been wondering when the store would open on the north side of Queen Street as work had appeared to be going on for a while and a number of pieces of equipment had been moved into the store.