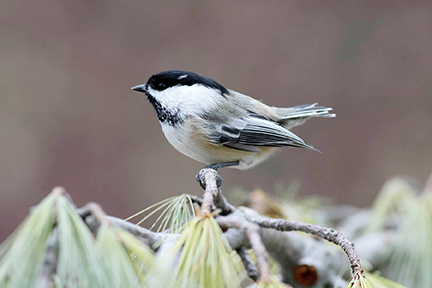 Wednesday, Nov. 27 was a cool, sunny, and beautiful day without any snow on the ground. I used the nice weather as an excuse to get outside, walk through three of my favourite places, and look for inspiration for my next article.

My day started at the Rosetta McClain Garden Hawk Watch, where I met up with my friends Betty and Walter. He and his gang had almost every type of raptor fly by before I got there: Eagles, goshawks, and sharp-shinned hawks, just to name a few. Sadly, most of the excitement was done by the time I got there, so I chose to move on.

My next stop was Ashbridges Bay, where the water was full of gulls and ducks. I always enjoy seeing these birds, but just wasn’t feeling them at that time. (The chilly wind coming off the water really didn’t help).

My last stop was the Guild Inn. I started along the top of the bluffs, noticing how blue the water was and enjoying the fact that I could see some of the buildings on the American side of the lake. Sadly, the wind up there was worse than it was down by the water, so I was forced to retreat again. You’d think I’d have learned to dress for the weather by now!

I reluctantly headed back towards my car, taking the slow route through the woods and keeping an ear out for notable sounds.

My friend Vickie was there with lots of cardinals, chickadees and white throated sparrows. Suddenly, my attention was captured by a black-capped chickadee (Poecile atricapilla). You’ve probably seen thousands of these birds, flittering around bushes, parking lots, strip mall stores, and your feeders. But, have you ever seen one with no tail? I have now!

Up came my camera, surprise surprise, and I started snapping photos and observing his behaviour. This little guy looked perfectly fine, with no signs of injury, other than the missing tail feathers. He had no problem flying, but seemed to do more hopping from branch to branch than other chickadees I’ve seen, and he avoided flying larger distances.

I went home, did some research, and found that birds without their tail feathers isn’t uncommon, though they don’t always come out all at once, and we don’t usually notice either way.

It certainly shouldn’t be a fatal situation for the little bird. In just a few weeks the feathers will grow back and he’ll look like normal. When they molt naturally, the birds don’t use much extra energy to replace their feathers. However, if they come out unnaturally, such as when pulled out by a predator, it does take more effort to replace them.

Other than the need for more food, to replace the energy lost to re-growing the feathers, the bird only has to make small adjustments to it’s flying. The tail feathers act like a rudder and as a brake, but so long as they are careful, they can still get around… they’ll just lack a little style doing so.

The black-capped chickadee has the famous chick-a-dee call, easily fit in the palm of your hand, and they are non-migratory so you will see them at your feeders all year round.

In the winter they need 10 times more food than they do in the summer, so be generous with those feeders! (My feeder is up with peanuts, suet and black oiled sunflower seeds.)

Fun fact: The black-capped chickadee will hide seeds and insects to eat at a later time, and they can remember thousands of hiding places.