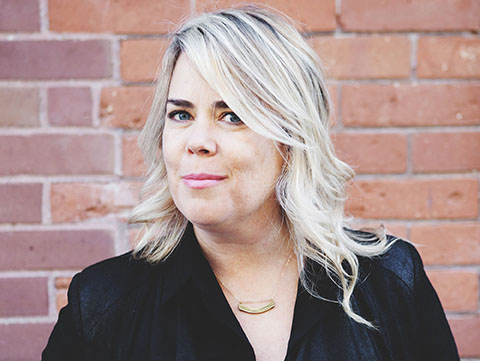 Robin Bicknell's documentary Nature's Cleanup Crew will be featured on the Friday, Jan. 31 episode of The Nature of Things. Photo: Submitted.

Beach resident Robin Bicknell is the director of the new documentary Nature’s Cleanup Crew, an hour-long program investigating the efforts of scavengers.

The documentary will premiere on Friday, Jan. 31 at 9 p.m. as an episode of CBC’s The Nature of Things, hosted by David Suzuki.

Bicknell has made many films in the past following genres such war and popular science, but said this was her first “foray into the animal kingdom” of the natural history genre and was a fascinating experience.

“It’s a very different beast. As a director, you would like to control the situation, and you can’t with animals, obviously. You can’t send them a call sheet and tell them when to show up and do whatever they do,” she said.

The documentary features scavengers such as opossums, foxes, vultures and pavement ants, and how they may go unnoticed in the work they do to eliminate waste produced by humans.

“It was a great learning experience, and I have a newfound respect for all of our scavenger friends,” said Bicknell.

Filming for the documentary took place in a variety of locations, including Ethiopia where Bicknell hid out waiting for the vultures to come and feed, and New York City to observe pavement ants.

“The opossum and raccoon story was done right here in our backyard, and I filmed a little bit in the Beaches,” said Bicknell.

She said that one of the women interviewed in the film who can’t stand opossums is also a Beach resident.

Bicknell said that she camped out in York University Professor of Psychology and Biology Suzanne MacDonald’s backyard to get footage of scavengers, and that throughout the whole process of directing learned a lot about the art of patience.

“We had cameras there for a long time, like weeks and weeks, trying to accomplish getting a look at what goes on after everyone else goes to bed. We left a whole rotisserie chicken out there to see what happens,” she said.

Nature’s Cleanup Crew not only explores the benefits of living with wildlife but to debunk myths and misconceptions about species that may be misunderstood.

“I’d like to shine a spotlight on species that haven’t really ever been centre stage,” she said.

Bicknell said that this documentary will shed a positive light on these creatures, and highlight their importance in our ecosystems.

To learn more about Nature’s Cleanup Crew and to watch the trailer, please visit https://www.cbc.ca/natureofthings/episodes//natures-cleanup-crew.