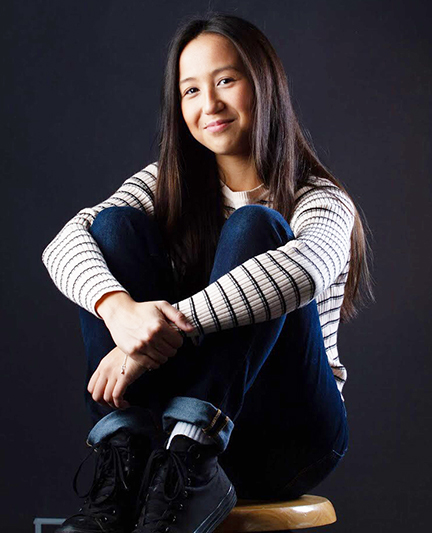 A platform that encourages younger generations to have a positive voice while making their mark in the world is important to have, and bands such as Girl Pow-R are an example of this.

Southwest Scarborough resident Monica Brighton, 21, drummer for the band Girl Pow-R recently sharesd with Beach Metro News how her experience in a girl band has inspired herself as well as many other young people.

Brighton started playing the piano by the age of three and was playing the drums by five. She had first pursued her passion for music by being in a three-piece girl band along with her two sisters.

Brighton then discovered Girl Pow-R and was instantly drawn to the girl group because of the positive messages they represented, as well as their presence in the media from supporting various social causes.

Brighton explained that being a member in a group like Girl Pow-R allows younger generations to have a sense of community while performing songs that inspire others.

What distinguishes Girl Pow-R from other bands is the positive messages the band represents, Brighton said.

“Music and bands are very male dominated and I didn’t know this because I grew up playing instruments. When I was younger I had no concept of girls are invited sometimes and sometimes girls aren’t invited,” she said.

“I think it speaks to the messages that Girl Pow-R evokes that we all want to empower girls to be more confident and stronger and to really try to get their seat at the table.”

Girl Pow-R is an example of a band that goes beyond girl empowerment to push for human empowerment.

This is shown throughout the bands support for various social causes.

Each member of Girl Pow-R supports their own social cause and a portion of the proceeds that the band raises goes towards a chosen cause.
For their upcoming show in May, the proceeds that are raised will be going towards autism funding.

Brighton said that her involvement in Girl Pow-R inspires the next generations of female composers and musicians, and makes them feel represented.
Girl Pow-R was nominated for Juno Award in the children’s album category.

They band had been scheduled to perform at the awards ceremony in Saskatoon last Sunday prior to the event’s cancellation late last week due to COVID-19 concerns.

Prior to the news on March 12 that the Juno Awards event had been cancelled, Brighton said the nomination was special for the band as it recognized the impact they were having.

“I think that speaks volumes that you don’t have to be an adult to make it in the music industry or even just to get your message across,” she said. “We’re just a bunch of girls who write the lyrics and sing the songs, and we’ve been invited to the Juno Awards by people that inspire us. So it says that you’re never too young to achieve your dreams.”