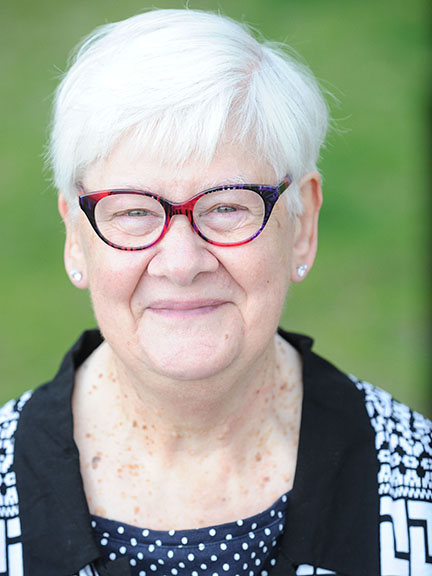 Vivien Young, long-time resident of the Beach community and wife of former area MP Neil Young, died on March 22 at the age of 78.

She had been diagnosed with a brain tumour in August of last year, and had undergone brain surgery and had a pacemaker installed in September, the family said.

Born on June 15, 1941, Vivien grew up in Aberdeen in northeast Scotland with her brothers Gordon, Kenneth and younger twin sisters Margaret and Maureen. She moved to Canada in June of 1960 and soon met and married her husband Neil.

They were married 53 years before his death in 2015. The couple raised their four children (Neil, Leslie, Moira and Fraser) in the Beach neighbourhood and called the community home for more than 50 years.

Both Vivien and Neil were proud members of the local NDP, and Neil served as the community’s MP from 1980 to 1993 representing the ridings of Beaches and then Beaches-Woodbine.

Vivien is remembered by all who knew her as a hard worker in support of the NDP and the work Neil did as MP for the community.

“Viv was well known for her E-Day (Election Day) organizing skills and could always be found in the back of any committee room during a campaign throughout the span of an election,” the family said.

She applied that same work ethic to everything she did.

“Viv worked hard in many aspects of her career. As she raised her children, not only did she volunteer in various elections and campaigns, she worked as a volunteer at her children’s schools as a valued member of the Home and School associations,” the family said. “As her children moved on to high school, she moved to roles outside of the home. Viv worked at the New Democratic Party’s Provincial Office in Toronto, and later as an Executive Assistant at the Law Society of Upper Canada.”

Eleanor O’Connor first met Vivien while working for the Beaches NDP in the 1970s.

“After the ’72 campaign, she became the membership secretary because her record keeping was terrific. She knew the members, not just their names and addresses, but their circumstances and personalities,” wrote O’Connor in a tribute.

“Viv didn’t simply rely on her memory; she also kept the records from each campaign. Before campaigns were computerized, Viv could go up to the third floor and retrieve the lists of workers, sign locations, and supporters from any previous campaign since 1972. Viv’s talents were soon recognized by others, but her main focus was always in the Beaches NDP. Viv was one of a kind.She leaves a legacy in the Beaches through many campaigns and in the NDP and in the hearts of all who know her.”

Vivien was also proud of her Scottish roots.

“Viv loved Scotland and all things Scottish,” the family said. “She taught her children and grandchildren how to be independent from an early age. She encouraged us all to cook, learn to do laundry, and save our money to travel to Scotland one day.”

Vivien also enjoyed reading, her collection of old movies and going out to neighbourhood restaurants for a meal and glass of pinot grigio, the family said.

“She loved to sing and listen to a wide range of music. Viv loved crosswords and a challenging jigsaw puzzle (heaven help you if you touched a puzzle she was working on). She loved discussing politics at all levels of government and always wanted to know your thoughts or take on the week’s events.”

She was remembered by her family for her tough but quiet demeanor. “Viv was an introvert who loved to sit back, listen and take it all in. She was tough as nails but with a quiet demeanor. Watch out if you crossed her or anyone she cared about, or a cause she was passionate about.”

Vivien is survived by her four children and six grandchildren.

A celebration of her life will be held at a later date.