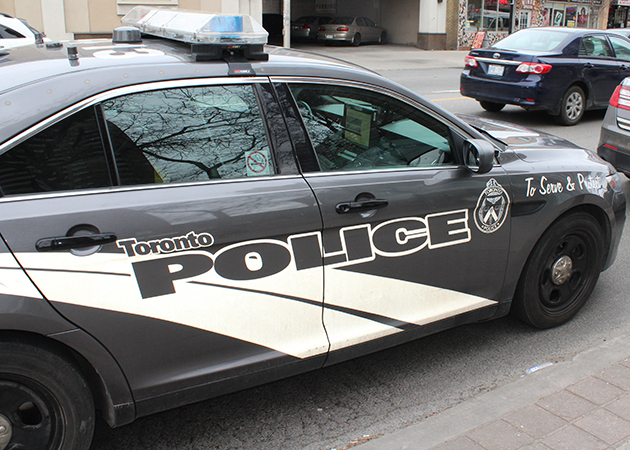 No one was injured after shots were fired late Sunday, May 24, night in the Greenwood and Danforth avenues area.

Toronto police are looking for three suspects after shots were fired in the Greenwood and Danforth avenues area late on the night of Sunday, May 24.

According to police there was an incident between a person on a bicycle and the occupants of a vehicle just before midnight in a laneway near Greenwood and Danforth.

No injuries were reported in the incident.

When police arrived they located the cyclist, who was uninjured, and evidence that shots had been fired including shell casings.

Police said three men, who were wearing masks and carrying a chrome pistol, fled the area in the vehicle heading east on Danforth Avenue.

The suspect vehicle is described as a black Honda sedan.