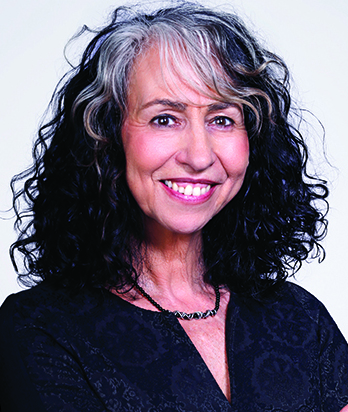 Rima Berns-McGown is the MPP for Beaches-East York and a member of the NDP's Black Caucus at Queen's Park.

Of course all lives matter, but in order for Canada to be a place in which all people can live meaningful, safe lives, we have to fix the systems that routinely harm Black and Indigenous people above all others.

In the wake of George Floyd’s murder in the U.S. and Regis Korchinski-Paquet’s plunge off a balcony in the presence of police in Parkdale, Premier Doug Ford said there is no systemically rooted racism in Canada — a gobsmacking refusal to understand Canada’s deep-marrow history and ongoing violent anti-Blackness and anti-Indigeneity. When he was called out, he was forced to back down, and in an attempted kiss-and-make-up moment announced a paltry $1.5 million to help Black communities recover from COVID-19.

That’s less than the value of many houses in the Beach, for all of Ontario’s Black communities — communities that have been especially hard-hit by COVID-19 (because that’s how systemic racism works).

Since taking office, the Ford government has gutted the Anti-Racism Directorate, encouraged carding, refused to destroy its unconstitutionally collected data, cancelled police oversight measures, and cut funding that would have supported Black youth in priority neighbourhoods.

He has said he doesn’t believe in collecting race-based health data — but that’s how we know who is being affected by COVID-19 and what enables us to fix the problems.

One of Ford’s first actions was to cancel an Indigenous curriculum rewriting exercise, even though it had already been paid for. He chose to waste that money rather than have schools teach accurate Indigenous history from an Indigenous perspective.

Black thought-leaders are asking that we as a society do a deep rethink of how we spend our precious collective resources. They are asking that we understand that systemic anti-Blackness is a public health crisis and that we treat it accordingly.

They are asking that we understand how deeply Black people are hurt by systemic anti-Black racism — in everything from education to healthcare to child welfare to media portrayals to policing and the criminal justice system.

They are asking that we drastically increase the money that we spend on housing, education, youth programming and mental health supports, and that we consider what safety might look like in a world that keeps all of us safe, not just some of us.

They are asking us to think about what deep system reform looks like; how we would fix the systems that currently mean shorter lives and earlier death for Black and Indigenous people. They’re asking us not to tinker.

We have an opportunity to re-imagine our collective lives to ensure that all lives do, in fact, matter. Let’s not squander it.