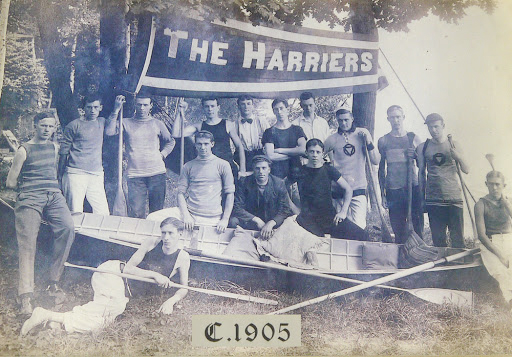 The end of June, and the transition of seasons, brings a lightness to the step (and the wardrobe), a calmness to the soul, a feeling that the much awaited good times of long, hot days and hazy nights, socializing outdoors in the moonlight and battling mosquitos is almost upon us.

By now, any other year, the nets would already be a regular sight on the sand between the Balmy Beach Club and the lake, the volleyball house league in full swing.

In front of the club, May 24 would have marked the beginning of the lawn bowling season, the two full size greens accommodating both house league and tournament preparations.

The paddling section, having continued with dry land training throughout the winter months, would be back on the water. We have three carded athletes who qualified for the Tokyo Olympics this year and three potential qualifiers.  Now they’ll all have to wait until 2021.

Rugby would be back on the pitch having spent the winter months at the weights in the gym.

Like the NHL, hockey finished early this year.. there were no playoffs for the Blacks, Whites, Reds, Golds, Greens and Blues. Their year-end celebrations were on Zoom – no post-game beers to lug to the change, no local establishments to patronize after the final puck dropped.

The squash league, like hockey, was robbed of its end of season tournaments and celebrations, the loyal North American Courts standing empty..no skid marks and sweaty hand prints on the walls, only cobwebs hanging from the ceiling fans that weren’t needed to keep the courts cool.

For the first time in its history, since the club opened in 1905, the Balmy Beach Club sits empty.  The best sports club in Canada, as local historian and Beach  Metro News columnist Gene Domagala so aptly crowned it, will see no sports for some time.

The foundations for the Balmy as an athletic club were set in 1853, when Adam Wilson, lawyer, Mayor of Toronto, Judge and eventually Chief Justice purchased the two lots fronting Lake Ontario that made up his Balmy Beach cottage.  His wish was to keep the area as a place of common use and enjoyment and in 1903 a Provincial Act established Balmy Beach Park, declaring that East Toronto was to hold it “as a park and place of recreation.”

When the Balmy Beach Club itself was incorporated on Feb. 11, 1903, the objectives stated in the Letters Patent are to “provide suitable accommodation, means and appliances for the pursuit as a pastime of athletic sports and more particularly Lawn Bowling, Tennis, Quoits, Rowing, Sailing, Swimming, Shooting, Golf, Baseball, Football and Cricket.”

This isn’t to say, however, that members haven’t also enjoyed the social aspects of a tightly knit organization. Known in 1947 as Toronto’s most popular meeting spot, a dance called the Balmy became a craze for several years!

The uniqueness of the Balmy lies not only in its firm athletic foundation but also that all sections are self-governed and operated almost 100 per cent by volunteers. The results have been astounding.

The rugby section, having won a multitude of championships over the years, including the illustrious McCormick and Carling cups, regularly sends players to compete at international levels. The paddling section sent KC Fraser and Erica Scarffe to the Rio Olympics in 2016.

Our squash section, whose most famous member and coach, Sharif Khan, is a 12-time champion of the North American Open, now has a membership roster of almost 400.

Our Old-Boys Hockey Team travels regularly to Europe to compete against international teams.

Though the building itself is closed, there is a shining light. With the lifting of some COVID-19 restrictions, our summer camp for youths 8-14 is a possibility, albeit for reduced numbers.

The founding spirit of the BBC will endure.