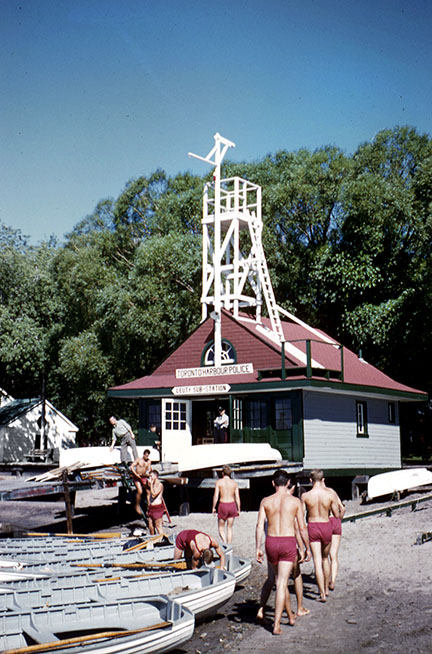 The above image of the Leuty Lifeguard Station was taken by Herman Sahrmann in 1957.

As local historian Gene Domagala can attest, the Leuty Lifeguard Station gets around.

This glorious colour image above was taken in 1957 by Herman Sahrmann. Herman was working as a lifeguard for the then “Toronto Harbour Police-Leuty Sub Station”.

You can just make out the long boathouse to the left of the picture. I am so thrilled and thankful to Mr Sahrmann for sharing this remarkable photo, truly a spectacular visual representation of our history.

As you can see in the present day photo, the location of the Leuty Lifeguard Station has changed and it is no longer in the same spot it was in the 1950s. The building has been relocated and raised up in order to protect it. Did you know this summer marks the 100th anniversary of the Leuty Lifeguard Station? Construction began on it in July of 1920.

If you have an old photo of the community you would like to share, please send it to me at gdvandyke61@gmail.com