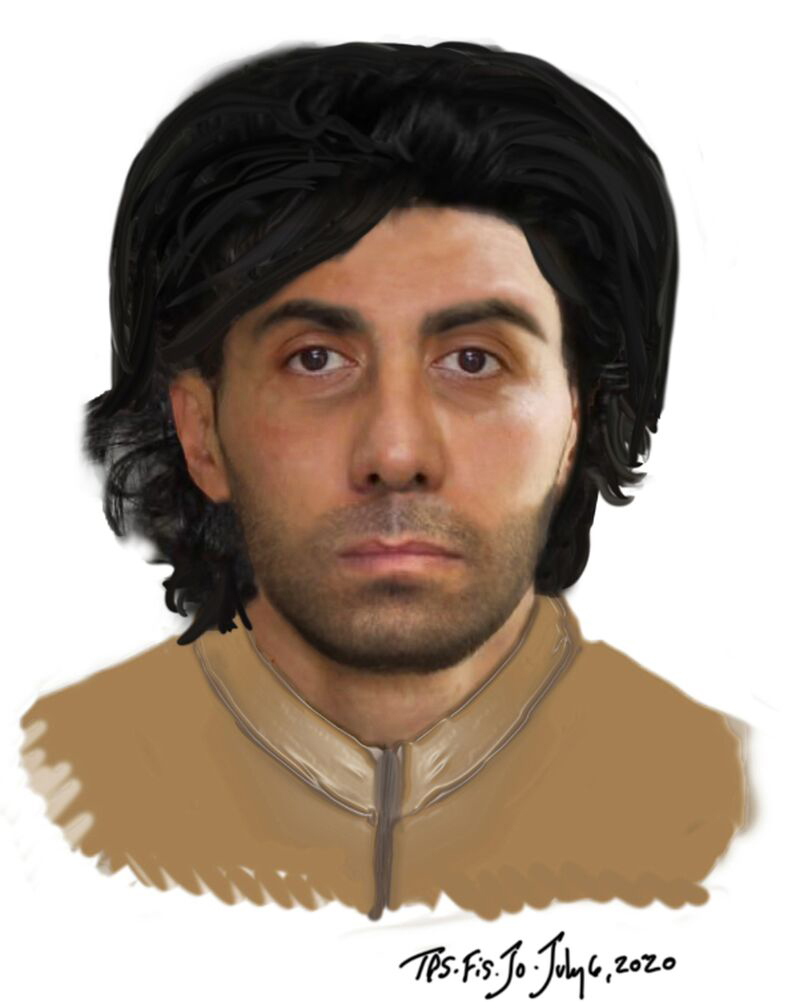 Toronto police have released this composite sketch of a suspect being sought in connection with a sexual assault in Crescent Town on June 12.

Toronto police have released a composite drawing of a man being sought in connection with a sexual assault in the Crescent Town area last month.

According to police, a 37-year-old woman was walking eastbound on Crescent Town Road near Massey Square at approximately 11:10 p.m. on Friday, June 12, when she was approached by a man who sexually assaulted her.

The man then fled on foot heading east

A composite drawing of the suspect was released by police on July 6.

The suspect is described as between 30 to 40 years old, five-feet, seven-inches tall, weighing 180 pounds with a slim to medium build, and black curly hair. He was last seen wearing a brown silk jacket.