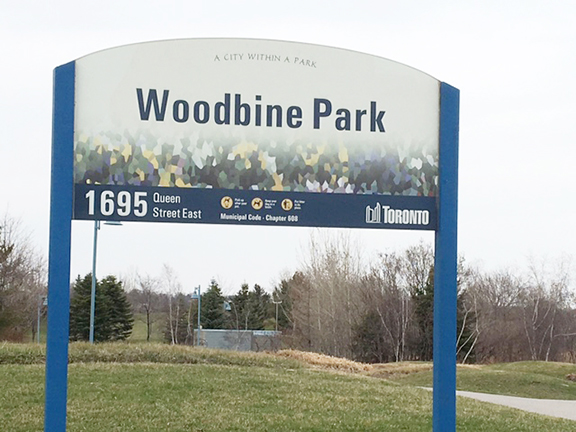 The City of Toronto is looking into a dance party held on the stage of Woodbine Park on the night of Sept. 4.

The City of Toronto is investigating after learning of a dance party held illegally in Woodbine Park on the night of Friday, Sept. 4.

Residents complained that numerous people were gathered for an event taking place on the stage in the park, which is located northeast of Coxwell Avenue and Lake Shore Boulevard East.

As the stage is city property and requires a permit to host an event, city bylaw officers are seeking to find out who organized it.

“The investigation will include determining if there was an organization responsible for the event, how many individuals were in attendance, and following up with appropriate enforcement action,” city spokesperson Susan Pape said.

COVID-19 remains a risk within the community and the city, evident by the recent spike in cases in Toronto. Toronto Public Health protocol limits public gatherings and events, and as such require approval from the city in either case.

Beaches-East York Councillor Brad Bradford’s office also received a complaint about the gathering, prior to which it had no knowledge.

“On top of the noise and disruption this caused, it’s even more concerning of when we’re not still out of the woods with COVID-19,” Bradford said. “This gathering is not only irresponsible, it’s dangerous, and a real threat to lives in our communities and communities across the city.”

“As we see cases rising in other parts of the region, and country, we have to stay cautious,” he added.

While the exact size of this gathering remains unknown while the city investigates, public events require a city permit regardless of COVID-19 guidelines.

Toronto had 71 new cases on Friday, Sept. 11, with 67 per cent of the day’s cases in people under the age of 40, provincial health minister Christine Elliot said in a tweet.

An eyewitness told the Beach Metro News that he saw “more than 100 people dancing on the stage in the park,” adding that “they were plugged into the city’s power box.”

The possible charges would be under parks and Reopening Ontario Act regulations: running an event without a permit, and outside organized gathering of over 100 people, respectively.