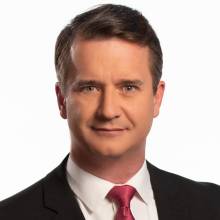 With COVID-19 case numbers creeping up right across the country, it’s time to ask ourselves some serious questions about how we will react if a true second wave comes crashing down upon us.

After a gorgeous summer where it often seemed the pandemic was just some collectively shared fever dream, the numbers are doing precisely what was predicted as the economy re-opened. More humans interacting with other humans means more cases.You don’t need to be an epidemiologist to recognize that.

So if an increase in cases was inevitable, is our response fated to be the same?

Unlike in March when the Ontario government imposed province wide restrictions shuttering businesses from Windsor to Wawa, the Ford government is now taking a different approach as cases creep up. Not just different from the response in the early days, but also from the reaction in British Columbia, which has consistently been ahead of Ontario on the journey through COVID-19.

When B.C. recently announced a rollback, closing night clubs and banquet halls, Doug Ford was asked if Ontario would follow suit. “You’re the mayors, make a decision,” said Ford, tossing the hot potato back to municipal leaders. The Premier asserted local politicians have not only the right, but also the responsibility to react to the case counts within their local public health unit.

The message from Ford is the medicine for the goose will no longer be imposed on the gander too.

Although that may play well in regions with few or no active cases, in Brampton it’s cause for concern.

“I don’t like the idea of a patchwork in terms of regulations, it would be better if there was consistency across the GTHA” Brampton Mayor Patrick Brown recently told my Global News AM640 radio show.

“If you have one limit for North Etobicoke, another for Malton, another for Brampton, it’s going to create confusion,” Brown said.

By extension should Toronto, which continues to have the highest daily case counts in the province, be able to respond based on where the outbreaks are occurring?

Should bars in the Beach be allowed to stay open despite spiking numbers in the Junction?

Rather than asking to micromanage their jurisdictions, Brown and other mayors are urging the Ford government to adopt a regional approach to managing any new restrictions. That would minimize the number of times a business on one side of the street can open while one just across the street must close.

No one wants a return to province-wide closures or restrictions, but handing the responsibility to municipal leaders simply creates unnecessary political friction and public confusion.

If a true second wave does come, it’s a hot potato Doug Ford shouldn’t pass down the line.

UPDATE: Premier Doug Ford announced on Saturday, Sept. 19, that effective immediately and for the next 28 days private gatherings across the entire province will now be restricted to 10 people indoors and 25 people outdoors due to the continuing rise in COVID-19 cases across the province. The new provincial rules do not apply to businesses or facilities such as movie theatres, restaurants and banquet halls that are “staffed businesses.”