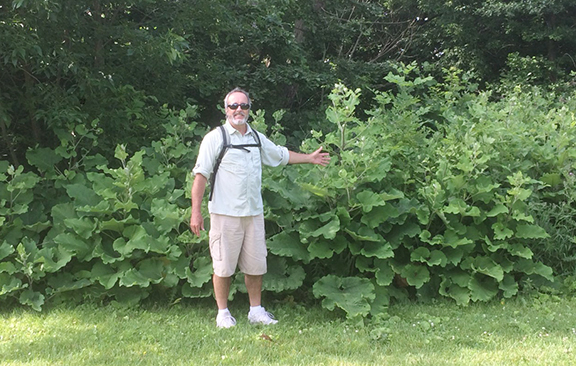 The City of Toronto and Beaches-East York Councillor Brad Bradford are warning residents of an invasive species infestation in Ashbridges Bay Park that began over the summer.

Common Burdock, a biennial plant, is considered to be a weed – and it is around late summer that it begins to seed. The plant can be identified by its large leaves and resembles rhubarb. In many parts of Canada, it’s considered a noxious weed.

The seeds are transferred via their burrs that cling onto off-leash dogs in the area, causing its spread.

Each plant has 100 burrs, with each burr containing about 40 seeds.

Beaches-East York Councillor Brad Bradford has recommended residents keep their dogs away from the plant while in and around Ashbridges Bay Park.

Removal of the burrs is difficult, as the they must be bagged and disposed.

The plant is also known to trap and cause the death of golden-crowned kinglet birds in Ashbridges Bay Park, as reported in prior years.