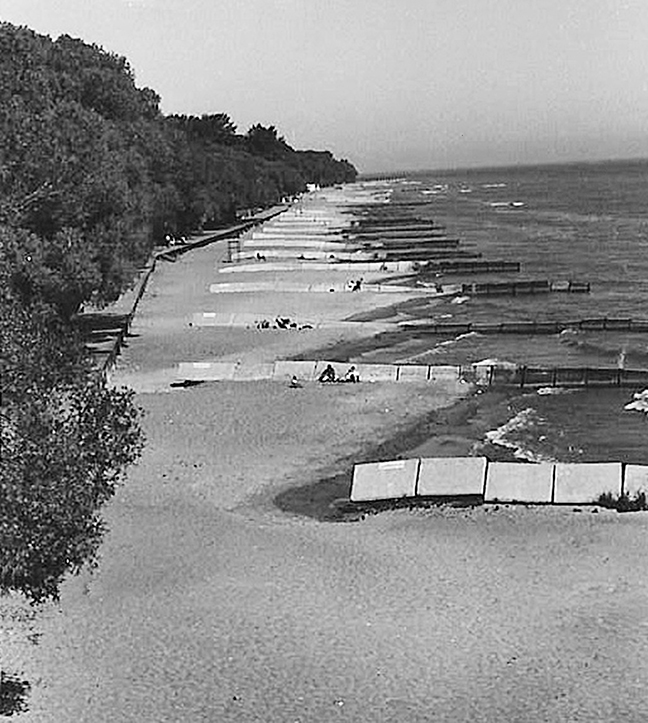 The above photo was taken by Herman Sahrmann from the roof of the tower of the Leuty Lifeguard Station 60 years ago. The inset photo shows the same stretch of the Boardwalk today taken using a drone by David Van Dyke.

In the Sept. 22 issue of Beach Metro News, if you recall, I revisited a 60-year-old photo taken by Herman Sahrmann, of the Leuty Lifeguard Station. Herman was a young lifeguard at the then Toronto Harbour Police Sub Station.

This incredible shot above showing the beach was taken from the mast of the station around the same time, when it was located next to the Kew Beach Park Boat House. The view is looking east.

Those concrete retaining arms could not have been to comfortable to sit on, but there you go. Thank you Herman for sharing all these images of our beloved Leuty Lifeguard Station. It’s been a real treat.

I want to also say thank you to our readers. I am getting wonderful images from Beach residents who took pics of their homes when they first moved in. Keep them coming! Send your photos to me at gdvandyk61@gmail.com