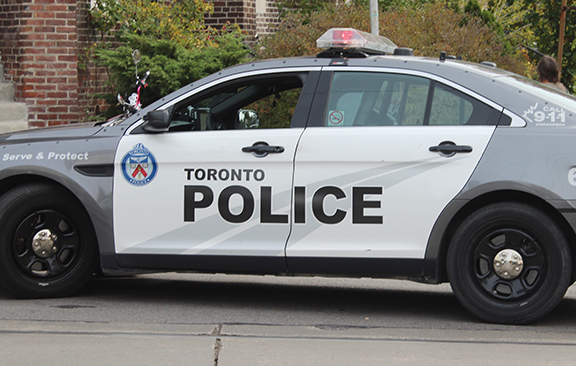 Toronto police announced on Nov. 13 that seven boys ranging in age from 14 to 16 have been arrested and charged in connection with a number of armed robberies earlier this week in East York.

Seven boys ranging in age from 14 to 16 have been arrested and charged in connection with a number of armed robberies earlier this week in East York.

Toronto police alleged that on Monday, Nov. 9, two retail robberies took place in the Cosburn and Donlands avenues area. Police said that in both incidents, a group of boys entered a store while attempting to conceal their identities. Once inside, one of the boys allegedly threatened an employee with a knife then stole cash, cigarettes and cigars.

Police alleged the boys then fled the area in a stolen vehicle. Police located the vehicle that had struck a house, and the boys were running away.

One 16 year old was arrested at the scene and faces numerous charges. He appeared in court on Nov. 10.

The following day, Tuesday, Nov. 10, police alleged a group of boys entered a store in the Cosburn and Greenwood avenues area. The boys attempted to disguise their identities and one of them was armed with an expandable baton, police alleged. Two store employees were allegedly assaulted in the incident and cash, cigarettes and cigars were stolen, police said.

With assistance from members of the public, along with the work of police officers from a number of different divisions and the Hold Up Squad, six suspects were identified, located and arrested.

One 14 year old, one 15 year old and four 16 year olds are now facing a number of charges. They were scheduled to appear in court on the morning of Nov. 13.