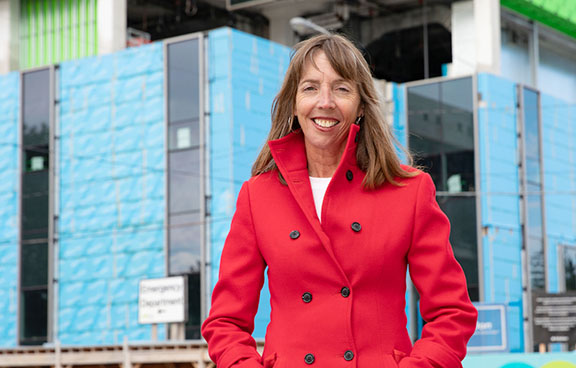 Members of the Beaches-East York Ontario Liberal Association have nominated former city councillor Mary-Margaret McMahon to be their candidate in the next provincial election.

“I look forward to bringing Beaches-East York residents together to help build a more sustainable and connected community where every voice is heard, represented, and championed,” said McMahon in a press release issued by the Ontario Liberal Party on Saturday night.

McMahon had previously represented Ward 32 Beaches-East York on Toronto Council from 2010 to 2018. She did not seek a third term on city council in the fall 2018 municipal election as she had pledged when first elected as a councillor in 2010 that she would only serve two terms.

In 2019, McMahon was Director of Community for Google’s Sidewalk Lab project.

She has a long history of community involvement in the riding including being a founding member of the Danforth East Community Association and the East Lynn Park farmers’ market.

“Mary-Margaret’s track record of achievement, along with her passion for her community and the environment, will make her an excellent Member of Provincial Parliament for Beaches-East York,” said Ontario Liberal Party Leader Steven Del Duca in Saturday’s press release. “I’m very happy to have Mary-Margaret on our team as we get ready to take on Doug Ford in the next election.”

The Beaches-East York provincial riding is currently held by NDP MPP Rima Berns-McGown, who defeated Liberal incumbent Arthur Potts in the 2018 provincial election. Potts had held the seat for the Liberals from 2014 to 2018. Prior to that, the Beaches-East York riding had been held by Michael Prue of the NDP from 2001 to 2014.

Premier Doug Ford and his Progressive Conservative party were elected to a majority government in June of 2018. The next provincial election is not expected to be held until June of 2022.