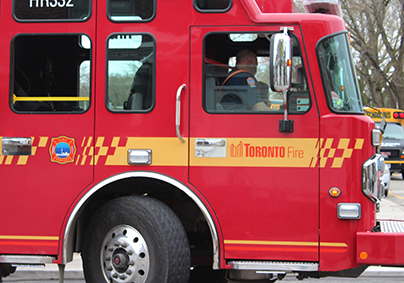 Emergency crews were called to a house in the Woodbine and Queensdale avenues area for a reported explosion on the evening of Nov. 27. This file photo shows a Toronto fire truck.

No one is reported to have suffered serious injuries after what is believed to be an explosion and fire at a home in East York this evening.

Firefighters and police were called to a house in the Woodbine and Queensdale avenues area for a reported explosion at 5:11 p.m. on Friday, Nov. 27.

According to Toronto police Twitter, some people were being treated at the scene for injuries not considered to be life threatening.

Surrounding roads are closed, and people are being asked to avoid the area.

Police and firefighters remain at the scene.

Cause of the incident is not yet known.