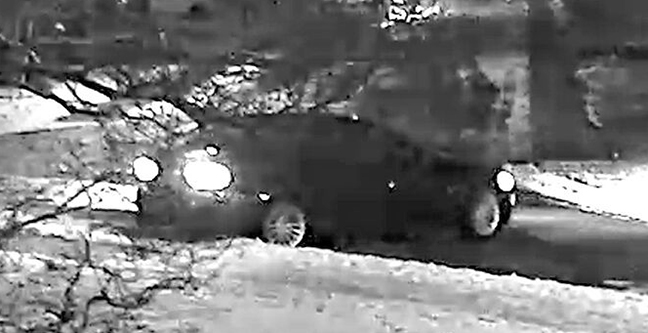 Photo above shows a security image of a suspect vehicle being sought by police in connection with a sex assault that took place in the Kingston Road and Midland Avenue area on Jan. 3. Inset photo shows image of suspect sought in connection with the incident.

Toronto police have released security camera images of a suspect and vehicle wanted in connection with an investigation into a sexual assault in the Kingston Road and Midland Avenue area earlier this year.

Police said a woman was walking in the area when she was approached from behind by a man, grabbed, pushed to the ground and sexually assaulted, police said. The male suspect is described as white, five-feet, 11-inches tall, weighing between 175 to 200 pounds, with brown eyes. His age is estimated at betweeen 19 to 30.

Police said he was wearing a black winter jacket with the hood up, a dark mask or face covering, black pants and white sneakers.

The security camera images were released by police on Jan. 14. The images show the suspect and the vehicle he is believed to have fled in, police said.