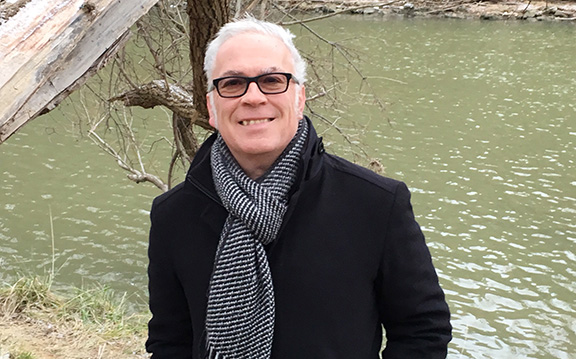 Goth Girls of Banff, a collection of short stories set against the backdrop of the Rocky mountains, has been recently released by Leslieville author John O’Neill.

The collection explores characters going through interpersonal journeys as they explore the vast expanse of the mountains. The nature around them is overwhelming, their stories often divulging into dark, twisted narratives.

“The stories had been brewing for a long time. On some of the trips certain ideas and images would come into my head as I was travelling in the mountains,” said O’Neill.

The collection has a universe of its own in which readers are greeted by familiar faces in the stories as they make their way through the book.

“The stories are very different in style. Some of them are narration, some of them are first-person. The very first story is told from the point of view of a paroled convict who is hitchhiking out west and gets picked up by a family. Unexpected things happen. There is a sense of threat because this guy is a paroled convict and the family doesn’t know that.” said O’Neill.

Other stories are narratives such as Rudy, a story about a man struggling with body dysmorphia who unintentionally develops a voyeuristic relationship with a couple he befriends on the trip. There is also the book about the bear, in which an animal pathologist hears a mysterious ringing sound while performing a necropsy on a bear.

O’Neill credits developing an interest in writing to his high school Drama and English teacher Tony Labriola at Cardinal Newman Catholic High School who inspired and helped O’Neill with his writing.

He remembers having started writing as early as Grade 7 and what followed has been a life-long journey of writing for O’Neill.

“These stories are accomplished, innovative, imaginative, quirky, and dark – living up to the title, “gothic” with their bizarre sensibility, emotional trauma, and sometimes physical violence. The characters are unusual, a bit bent, and surprising; the narrators inhabit the margins – loners but intrigued by the strange workings of humanity, and with a degree of compassion and empathy. O’Neill is adept at both a male and female point of view.” said Anne Nothof, board editor for NeWest Press.

Matt Bowes, general manager, NeWest Press added: “In addition to the fantastic title, when we first laid eyes on Goth Girls of Banff we were struck by how well O’Neill depicted the hit-and-miss nature of human interaction, and the deep loneliness one gets from the characters exploring the Rocky Mountains. The collection has vivid characters and sharp writing, and has intriguing links between characters in the different short stories, with the ultimate effect being a whole little universe being created.”

Goth Girls of Banff is available for purchase at https://newestpress.com/books/goth-girls-of-banff