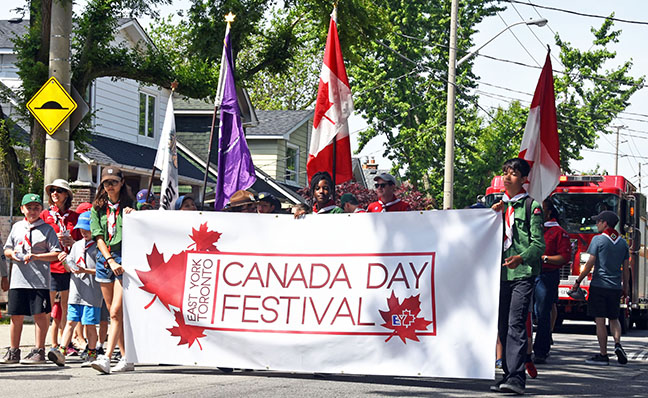 Toronto has cancelled all in-person major events until July 1 to reduce the spread of COVID-19.

The cancellations will have a big impact on a number of events that annually take place in East Toronto including Canada Day celebrations and fireworks displays.

Cancelled for the second year in a row due to the pandemic will be the East York Canada Day celebration which traditionally includes a large parade, a community festival and a fireworks display.

Events may be held virtually and several in-person events have already shifted their plans to such a model.

The City of Toronto announced the cancellations on Feb. 24.

The announcement was made this week as major festivals and events require lots of advance planning time and rely on city sites with associated permits and other logistics.

The major driver of the cancellations is the need to maintain physical distancing to reduce exposure of COVID-19, which also forced cancellations of major in-person events last year. The decision was made in consultation with the city’s medical officer of health, the emergency operations centre, Toronto Police Service, and major event organizers.

Other major upcoming events included in this cancellation of in-person gatherings are the Toronto Marathon, Ride for Heart, Luminato, and the Trans March, Dyke March and Pride Parade.

It follows an extension of previous cancellations of in-person events up to March 31.